This is the continued visitation of The White Eagle: Chazah. Please refer to that post for context.

I Lifted my head once more to see our destination as we flew into the Face of God. The realm of light is so breathtaking! All my senses are overload with imagination and destiny. Incredible, indescribable brightness welcomed me as Chazah, and I went into intimacy with God. Chazah, being a depiction of Jesus, His greatest desire is that we would know God intimately and that we might find our place is in His light. Eventually, we entered the Face of God, a divine light of gold and silver! I cannot comprehend the glory of the Creator, but my home was looking me right in the eyes and a smile of love kissed my heart—behold your God.

The white eagle spoke, “Son, welcome to the Face of God—the destiny of all who see and hear. This is how Moses knew God, to the face of—reality deeper than the very earth he stood on.” Moses knew my ways, and my face was revealed to him. Do not be concerned about the process of revelation, be one who stands to the face of God. To some, I reveal myself in a dream or vision, but few I show my face too.”

We flew around God the Father’s wondrous glory with thousands of angels flying between us declaring His majesty! It was marvelous! Our Father, like a bright jewel, raised His hands to hold up divine light! The Eagle said, “You will see even greater things than the angels have dared to look. All that is His, He gives freely to those who are hungry for more. Micah, the prophetic is about encountering God and releasing others into that encounter. The eagles must learn to fly around the throne!” We continued our circle around my Father and among Him were seraphim of fire shining with purity and cherubs with large wings hovered before God crying out Holy!

Chazah said, “Come with me now to the river of Fire.” We descended to this river flowing from God, and I saw eagles who were sullied bathing in the fire. Some of their wings were broken, and angels had to help carry them to the river of fire. Chazah landed near the river bank and said, “These are some who have compromised Micah. Do not live in compromise or it will cause your wings to break. Let your yes be yes and your no be no. I will send out angels to heal the wounded prophets…if they do not become healed, they will turn into a vulture or a crow.”

“Lord,” I replied, “What makes paper Eagles then? How does an eagle become a paper eagle?”

I felt such gravity in His words, “Lord, how do they become healed?”

He opened His wings, “Come abide under my shadow and let my love rain down upon you! Return to your first love.” I saw vultures that were in cages being released to bathe in the river, and golden eagles were near to encourage them. The demons left the vultures, and they began to grow up into eagles again. Some of the golden eagles took the vultures back to the nest to the mountains or trees! The crows were chained, and the angels broke their chains before putting them into the river of fire. Then the golden eagles lead them to the nest.

“Come with me! I want to show you something else.” We flew to another area around the throne to encounter a group of Owls. I was amazed at these beautiful birds appearance: they were silver and white, and some were so white they glowed with the brightness of the Father! There must have been hundreds of them watching the throne of God.

The white eagle said, “These are another kind of prophetic voice. They are mistaken for eagles but are not… I awaken them with dreams and visitations in the night. The Owl sees into the night, and the Eagle sees in the day. I have given the owl the ability to see the plans of the enemy—darkness that shakes by the light from their wings they bring. I raise them in barns and caves until it is time! They hear my call in the night and dreams they receive!”

I asked, “What are they doing here?”

Chazah opened His wings, and the Owls turned towards Him to bow in worship, “They must gaze into light lest they become dark and eat the demonic realm as food. Now, behold light to keep you right!” I could see great love for the owls, and they loved Him. The eagle said, “This is my prophetic company, owls who discern the enemy plans and alert the people. They must be filled with love, or they will look for evil in what I call good!”

The presence of God was all over these birds, and they stood in confidence in who they are; what a beautiful display. As I said, they were white and silver with glory! I wondered how these birds would be received among the church, these voices of the night.

Chazah said, “Do not despise the owls, Micah.  All need to work together! The Owl sees into the night, and the eagle sees in the day!”

I noticed that not all owls were the same, some looked like great horned owls and other various types, but their feathers were all white. “Lord, why are all their feathers white?” 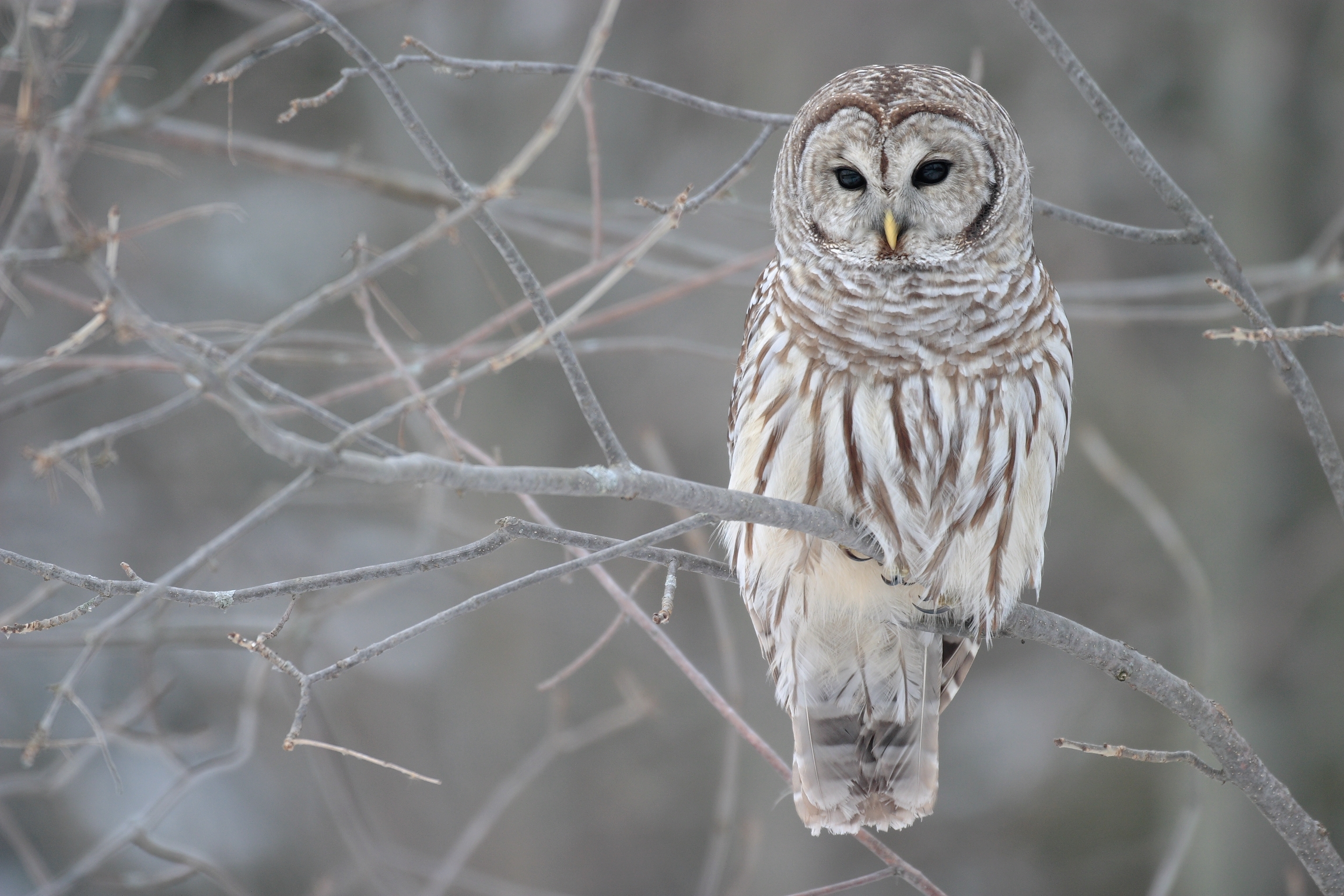 He answered, “Because they have chosen holiness! They walk in righteousness, and the enemy hates that. They lead by example and prophesy! They do not become like the darkness they are assigned to. The golden eagles carry my presence, and then holiness turns their feathers gold! The owls carry my light, and their feathers turn white.”

Chazah then raised His wings to fly around the throne. I rested my head on His back as the wind brushed by me. I am glad the owl and eagle get to work together to release the prophetic. What an event that will be. Chazah said with such peace in His voice, “Child, my golden eagle, it is time to see beyond your wildest dreams. Even the Owl must take his place before me. Owls are hunters; go and hunt…bring in the lost and be my light that shines and darkness may turn away. Live in Holiness. Join with the Eagles whose sight is from above, who see into dimensions that call forth repentance to the earth. Come and be fed in my nest and I will give you my voice.”

I felt such peace with Him. While I briefly closed my eyes, I found myself returning to my room looking out my window in wonder. The portal above closed; maybe I will come back to Chazah again…I will fly!

Javascript not detected. Javascript required for this site to function. Please enable it in your browser settings and refresh this page.