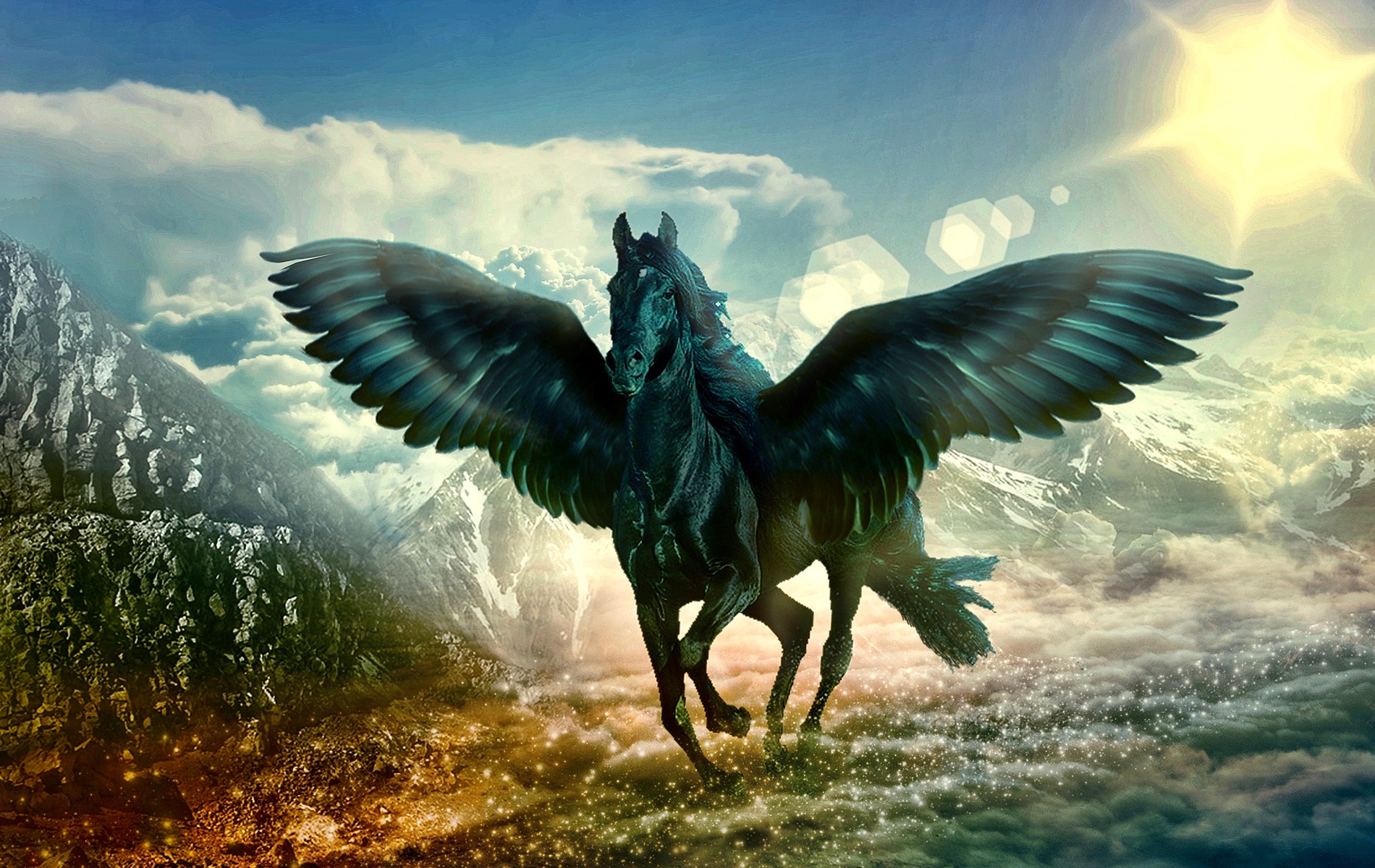 “Ride with me!” Gabriel said, mounting his horse! It was the most beautiful horse I have ever seen! This white horse was mighty and had seen many wars. This white horse had wings of silver steel and knives as its pinions! Gabriel positioned himself to ride fast, “Micah, get on the horse, now.”

The angel looked back towards me, “Let it carry you!. The more you resist, the greater the fall! Quickly now! Prepare! Do not stop your calling for those who lack understanding! Ride fast, Micah.”

Gabriel made a sound with his tongue, and the horses launched like shooting stars across the heavens! I was holding on, but with emotional energy, I shouted at the top of my lungs!.

Gabriel prophesied, “Get out of the way or join the army of horses, these wild ones who are called! They know not your systems, your ways. They know the heart of God. They carry power to trample and power to build! Go, Micah! Go and build. Go and destroy the works of the devil. Let the word of the Lord run swiftly within you and around you. Carry His name and authority to the ends of the earth!”

I was on fire! I felt empowered to run even faster! I leaned down to ask the horse, “What is your name?”

The horse replied, “I am he who has waited and now is on time.” After he said this, we rushed through time and space to the throne of God. We flew around thousands upon thousands of angels, singing and spinning around God with their wings of glory. Father’s presence thundered! His glory exploded with colors and flashes of lightning!

Father spoke, “My word is my Son. Carry his heart and His ways. Do not let the temptations of the world stop you. Keep focus and complete your mission. Encourage those who carry the weight of the world! Tell them to carry my world; the atmosphere of heaven! Look beyond what you see with your natural eyes and see into the spirit.”

Father raised both his hands, summoning a lightning storm of incredible power as we flew around him at high speed! I could see every current of electricity flowing through his fingertips. He pulled in the clouds of heaven like a great storm cloud, channeling a fierce storm! His garment turned laser light, so that I could no longer see his form, just the presence of uncreated light! Father said, “Go now! Let the word of the Lord run swiftly, take my power with you, and do not be discouraged!”

Gabriel rode in front of me and called back, “The angels and the children of God have this same mission. We work together, Micah. I will come to those who are willing, and many other angels will come to assist.”

I am praying for you all! Read and meditate on these verses below

2 Thessalonians 3:1, ” Finally, brothers, pray for us so that the word of the Lord may spread quickly and be glorified just as it was among you.”