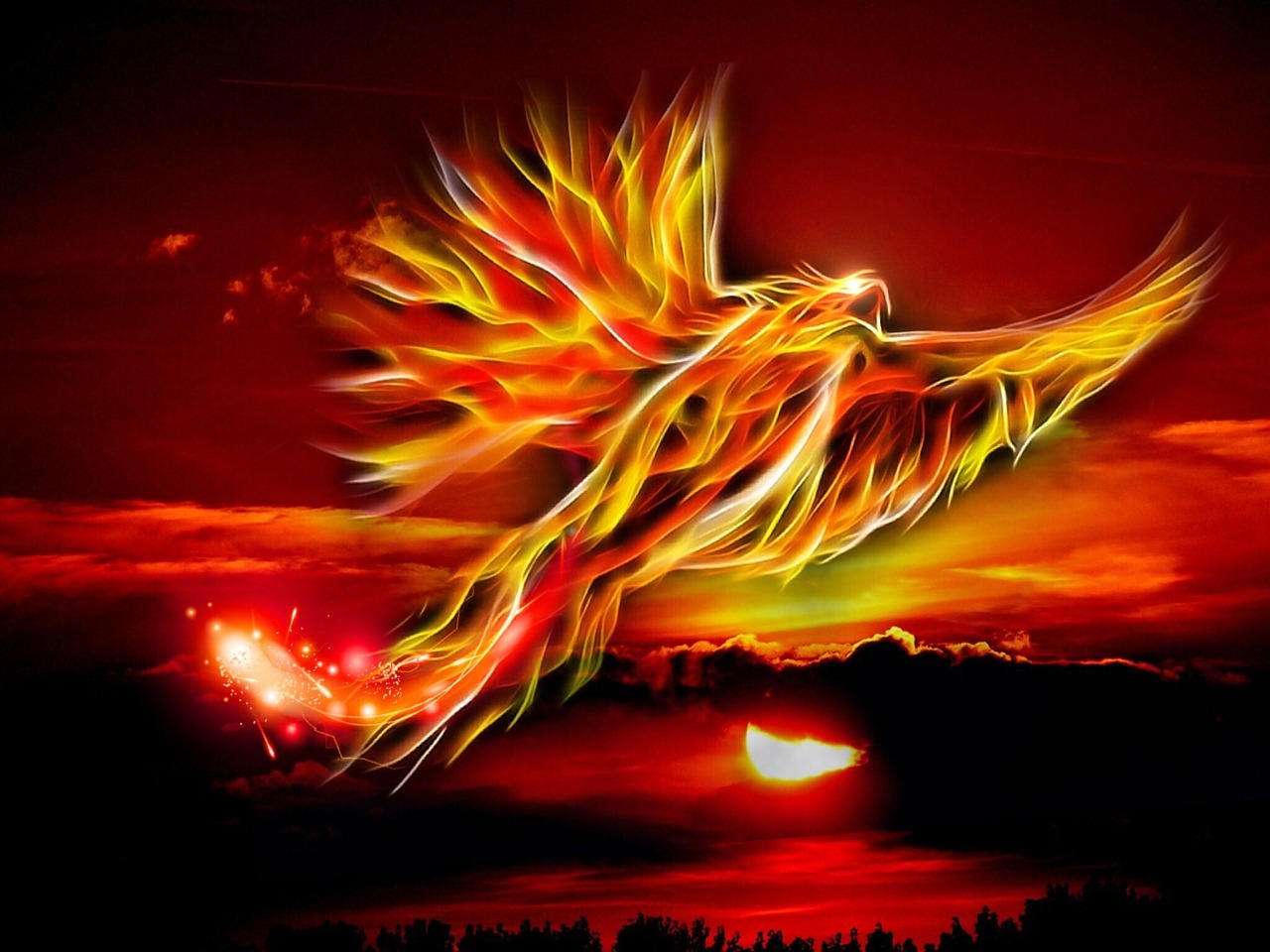 Guardian of the North

There are angels guard the perimeters of nations and cities. Some answer to angels of higher authority to receive direction and new assignments. It is important to know that not all angels look like what we can understand; some look as if they are from another world entirely. These are beings of great power that are made by the hand of the Almighty God. I have seen into dimensions of angels that have taken my breath away, and I will speak of one who has a partner. He is a War Chief and his partner a Golden Phoenix. In another realm, they watch and obey the voice of the Lord.

One day while waiting in my car to go to work, I was caught up in the spirit into another world of great light with flower petals raining down on me. The wind brushed by my face as if it was trying to turn my attention to someone in the area. I followed the wind’s direction when coming from the sky was a blazing golden Phoenix with the most beautiful cry! It was entirely gold, but fire came from his body in the most profound way. Its feathers were fire from the very presence of God, and he had a crown on his head made of light. He was about twenty feet tall with the most beautiful wing span. Flames were dripping off his feet as he landed right in front of me with hot fiery red eyes. The fiery bird kept his wings open while the sound of flickering flames lifted me into a realm unseen by the mind of man. His beak was golden, and every feather carried light. I could see its long tail that resembled waving fires from the sea of glass before the throne of God. It walked around me to study my appearance; perhaps I looked strange to this heavenly creature. I realized that Satan had stolen the concept of such a powerful creature God made; all things beautiful belong to Him! When He had finished walking around me, he lowered his head while his wings rested to speak with me.

He said, “You have come today to meet my partner, and we will give you a gift.”

“Who are you?” I asked. I was a bit overwhelmed by such a fabulous world beyond my understanding.

“I serve the King of Kings as you, yes? I am raised by the land of fire high in the mountains of God by the chief who looks after your country. Many of us fly by light in the sky.”

I heard a loud whistle calling the Phoenix towards the heavens to answer the call of the one who raised him. He flew past me again towards a large angel that was regal in appearance, and a river of peace flowed from him. He resembled a Native American chief. His appearance was also like gold with enormous wings that were full of eyes. He was given a staff in his right hand, and the phoenix rested on his left wrist while the angel approached me. He was adorned with feathers like a chief of a tribe that reached down to the ground. While he approached, I saw flying above him thousands of other phoenixes; he oversaw them all. He commanded with authority an army. This massive angel had a huge bow attached to his back with arrows of fire in his quiver. On his face, bared markings of some kind but I do not know what they meant.

The angel spoke, “Mark well what you see here Seer of Dreams, I am a spirit—a being who wages war upon the demons of darkness. I protect your land, by the authority of God. Hear this, for the HOLY desires that the angels would bring forth a unity in the nations to serve our great king. This is what God is going to do, unity among His people! There are some who guard the west, east, south and my post is the north of this land.”

I observed this angel’s stance with his staff, I could see he had fought for us for ages, but I could not figure out why the phoenixes. I asked, “Who are these birds?”

The angel smiled, “They are my troops who answer to me, and they follow the word of the Lord in you. By fire, they burn the enemies’ deceptions, and by fire, they burn by His presence. These are not gods, but beings made by the seven flames that burn before His throne. They represent the virtues of the fires that blaze.” He paused a moment and said, “God loves the nations, Micah! He desires that all would be blessed and prosper. There are many of us…even towering lions with great golden wings who watch over North and South Korea! Micah, God is for you, He is ready for a great out pouring among the nations. The darkness is great, and it is coming, but the glory of God will shine so brightly among His people. We will look after those we watch.

He continued, “Those who watch and pray are connected to us. Release my troops by the authority given to you. I will obey the voice of the Lord; I know the voice of my creator…” He smiled.

The next thing I knew I was back in my bed with God’s presence surging all around me. Father, thank you so much that you have a plan to bring all the nations into your glory! Thank you for my country, America, and for other countries reading this post—they are invited into the incredible outpouring of your spirit!